Ahh, the Ocean State. Rhode Island probably has as many beaches as breweries.

Love live beer. And, Love Live Beerworks. Whether it's East Greenwich growlers, or, Downtown Providence pours at Union Station Brewery, Rhode Island has some great craft beer for you to sample.

We're all waiting for Narragansett to open a taproom on the Fox Point waterfront, right? If it were us, we'd rather take a trip to South Kingstown and enjoy the Sons of Liberty, Whalers, or West Kingston's Shaidzon's craft beer. Or, wait until the next Beervana. 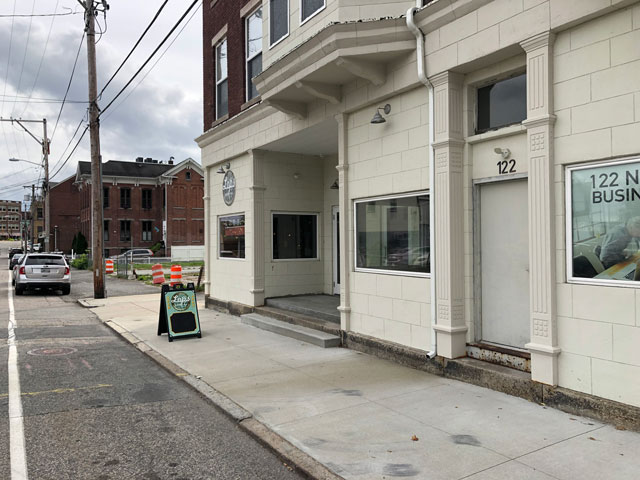 Lops Brewing in Woonsocket and Ravenous Brewing in Cumberland can be found in the more traveled parts of the Blackstone Valley region of RI. In Pascoag to the West, you can find Bravo Brewing Company, a 2 bbl veteran owned brewery that is open on Friday, Saturday, and Sunday. 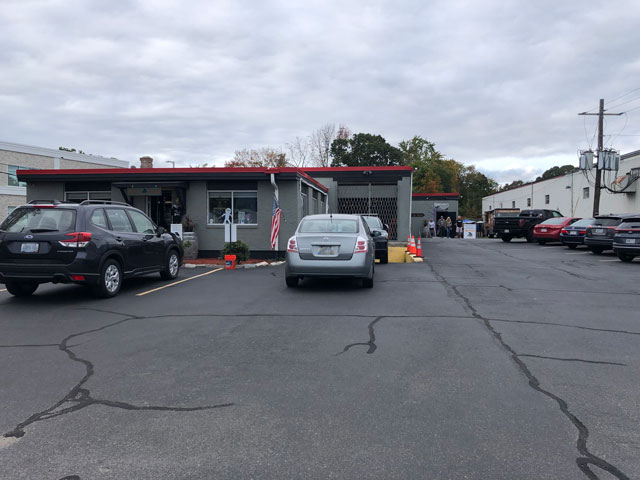 The one, the only, Mohegan Cafe & Brewery. Be honest, you could do way worse than enjoying a Mohegan Cafe Summer Wheat in June. On the downside, if you're simply trying to check every Rhode Island brewery off your list, this one is a bit more hassle.

Twelve Guns and a Six Pack. Need we say more?

Suppose we should. Twelve Guns Brewing and Six Pack Brewing are a 5 minute drive through Bristol from 5,000 Roger Williams students. Well, half that if you account for being of proper age.

Also, ferry trips to Block Island. You know, if you wanted, you could roll a multi-state brewery crawl using the ferry. Hit up Coddington Brewing and Newport Craft before riding the ferry up to Troy City and Canned Heat Craft Beer Co. in Fall River.

Plus, Ragged Island is North up Rt. 114 in Portsmouth. And, don't forget about the Newport Craft Beer Fest.

How can you not love a brewery named Long Live Beerworks? You can find them on Sprague, just one street over from Knead Doughnuts on the Southwest side of the city. Other than LLB, you can find taprooms like Beer on Earth, which cooks up the sweet, tropical Hundo, and brewpubs such as the Trinity Brewhouse near the downtown skatepark. And, the eponymously named, Providence Brewing Company in North Providence.

Because it's Providence, there are countless food options available should you not want brewpub grub.

Sound County is home to the University of Rhode Island, and, as we all know, college kids love beer. Shaidzon Beer Company is around the corner from the school, and Whalers Brewing is a short drive down Rt 108 to South Kingstown.

Grey Sail in Westerly sneaks in right at the Connecticut state line. In fact, that's why they call it Grey Sail Brewing of Rhode Island, so you remember what side of the line it's on. We are fans of their Captain's Daughter as well as their Little Sister IPA.

Linesider also brings in food trucks from the local area and PVD. Something to strongly consider when choosing your next RI brew stop.

A List of Craft Beer Breweries in Rhode Island

Each listing includes their street address and/or contact information. Some breweries include both. For the ones that we have patronized, we have listed a write-up review with some thoughts on their beer, food, menu, tasting room, etc.

Feel free to reach out to us if the information is inaccurate, or the brewery closed, or, if you really just wanna talk about beer - we are here for you.

All 31 breweries, taprooms, and brewpubs in RI. Now go visit them.