What is the Oldest Brewery in the world? What about the U.S.?

If you were thinking Coors, Miller, or Anheuser-Busch, you were wrong.

The real answer is not a Super Duper Triple Stamp Enterprise Corporate brewing company. Well, it may just be some of those things, as it's not Twin Barns Brewing in Meredith, NH.

What is the Oldest Brewery in the United States?

D.G. Yuengling & Son is the oldest American brewery. It was opened in 1829. Brewing commenced with early faves like the Lord Chesterfield, which sounds amazingly Pennsylvanian.

German Immigrant, David G. Yuengling packed up shop and made his way to the United States from Wuerttemberg back in the days of yore. Ok, something like 200+ years ago. Maybe when they started saying Prost!

Needless to say that setting aside prohibition, which left Americans looking to ice cream for fun (totally made up fact), Yuengling has been brewing tasty lagers for a long, long time. In fact, almost as long as beer mats have been around. 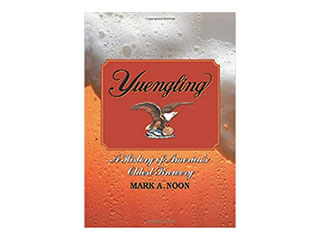 Back to David ... he then hangs his brewing shingle in Pottsville, PA, bunkering down and building the Eagle Brewery on Centre Street. Putting a brewery on Centre Street feels like a no-brainer in the days before Google & Facebook. Eventually his son joins the biz and a change in branding ensues. Thus, D.G. Yuengling & Son is born.

By 2015, the brewery had ascended to the peak of the Brewer's Association list of top craft beer sellers- quite the feat for the longest operating brewery in America. On the flipside, it had a 1886 years to figure out how to sell good beer. New brewery they were not.

Where is D.G. Yuengling & Son located?

Pottsville, Pennsylvania. This is approximately an hour's drive out of Harrisburg, or back in David's day, a two day's horse & carriage. Times are a changing!

Tours are free at the brewery, so stop by if you're in the area and check it out. It's not even that bad of a drive from New York City (2+ hours).

What kind of beer does Yuengling brew?

Yuengling's most common beer is their Traditional Lager, the recipe for which was revived back in 1987. Yuengling has revived a career producing their lager for the last 35 years. But like many large brewers, the brewery has been pressed into evolving their brewing process over the course of the last decade. This has led D.G. Yuengling to brew different beer styles, including a Hershey's Chocolate Porter and the Raging Eagle, a year-round Pilsner that is 6.5% abv and brewed with mango.

The brewery wants you to know that the Raging Eagle comes in a 24oz pounder and goes well with fish tacos. And, Fish Tacos!? Who knew that Pennsylvania is clearly known for its surf-style attitude. Clearly.

And, they brew an IPL (India Pale Lager). Even old codger Yuengling can't resist the temptation and demand for anything IPA or India Pale. Such is life.

Why is Yuengling Illegal in Michigan and other states?

What is the Oldest Brewery in the World?

Weihenstephan Brewery is the oldest brewery in the world. They have been in operation since 1040, the TRUE days of yore. The original setup was a monastery that was run by Benedictine monks.

We have to wonder if global exploration was really just one big brewery tour back in 1040. It would be the most life threatening pub crawl of all-time. "I don't like this brewery, let's hop to the next". And from there, a 73 day voyage to the next brewing company.

Jokes aside, where was this place?

Where is the Weihenstephan Brewery located?

The brewing company is currently located at the site of the old Weihenstephan Abbey in Freising, Bavaria. This is a suburb of Munich, Germany.

What kind of beer does Weihenstephan brew?

Weissbier (Wheat Beer) and all its varieties. Kristallweissbier. Helles. Altbier. Pils. Dunkels. Kellerbier. Festbier. Winterfestbier. If you've heard of some of these, you're probably a big fan of Jack's Abby in Framingham, Massachusetts. Know that Jack's is a craft brewery love love loves the Bavarian State and knows how to brew traditional German beers.

All good beers to drink from traditional beer steins.