Where is the Springdale Barrel Room located?

The brewery is located on Clinton Street in Downtown Framingham, MA. In fact, both the Springdale Barrel Room and the Jack's Abby Brewery are next door neighbors.

Framingham is building a nice collection of craft beer brewers with Jack's, Springdale, and Exhibit A Brewing all within a mile, and then John Harvard's Brewery & Ale House up by the Natick Mall in Shopper's World. Speaking of the Natick Mall, Night Shift Brewing @Level 99 recently opened.

They attend the annual Cape Cod Brew Fest at the Cape Cod Fairgrounds.

The Hendler Brothers opened Jack's Abby in 2011, following it up with Springdale in 2016. The barrel room itself is/was an underutilized warehouse in downtown Framingham, near the Framingham train station.

The impetus for opening the brewery was to allow for greater experimentation as well as barrel-aging beer.

Yes, Springdale offers tours. They run them every so often. Check the website.

Is the brewpub kid and family friendly?

Also, Springdale is not dog friendly. Only service dogs are allowed. Speaking of puppers, despite brewing Good N' You?, you won't find Puppers Beer here at the Framingham tap room.

What types of beer does Springdale brew?

32oz and 64oz growler fills are listed on the side wall behind the register at the bar. There are a couple of coolers in the gaming corner with 4 packs of mainstays like So Anyway, But I Digress, and Where Am I? and 22oz bombers of specialty and reserve craft beers from their cellar taps.

No. By law, they can only serve alchol that they produce.

Surprisingly no. Maybe that's just a bar thing? I'm pretty sure the Gardner Ale House in G-Vegas has one. 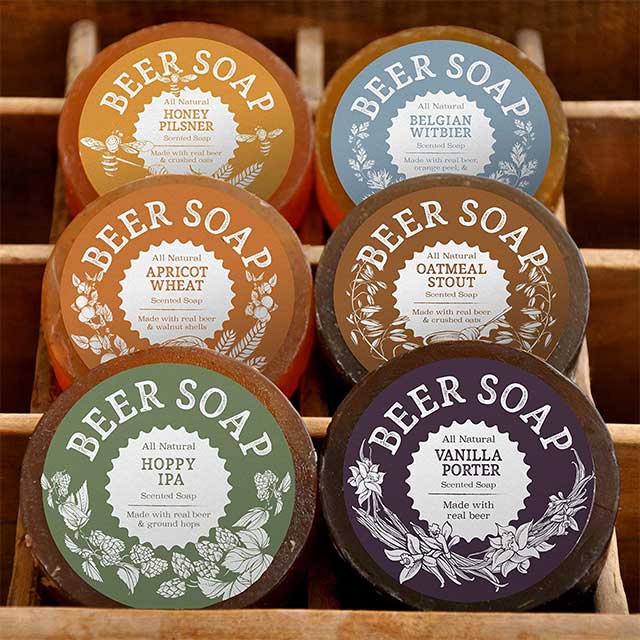 Looking for a great gift for that craft beer lover in your life? Look no further than Swag Brewery Beer Soap.

Plenty of merch being sold. Plenty.

You can bring food to the Springdale Barrel Room, but it might be easier to just grab a pizza (carnitas!) from Jack's next door.

If you're feeling lavish, you might even want to call up Wings Over Framingham and grab a DC-10 of boneless Honey BBQ wings.

Springdale's entertainment options are plentiful. They possess an assortment of board and card games like Exhibit A down the street.

On the entryway side, they have a pair of skee ball machines, a pair of arcade hoop shoot machines, an old school Simpsons video game and a Ninja Turtles four-way fighter. On the other side, the barrel room sports a few cornhole setups.

The fun doesn't stop there. They do a paint & pint night down in the gallery space, barrel room yoga, and Thursday Night Trivia with Geeks Who Drink. Good thing about barrel room yoga is that the bar will be open by the time you finish the hour long session.

And wildest of all, you can join a Skee Ball league at Springdale.

Can I buy Springdale beers in stores?

For sure. Jack's Abby may be more popular, but I'm seeing Springdale beers in more and more craft beer stores whenever I travel to Massachusetts.

The most common seem to be the Pearly Wit and Brigadiero.

I like the option of having an arcade hoop shoot, some skee ball, and some indoor baggo if I feel like playing games. I like the decor, I like the multiple areas to congregate, and I really dig the view of the barrels. And quite simply, I prefer ales to lagers.

So, if I'm choosing to take a drive to Framingham for a cold pint, I'm going to stop at Springdale.

Does Springdale Barrel Room serve food? Yes. They offer a limited menu from Jack's Abby next door. You may also bring in your own food or have it delivered.

Is Springdale Barrel Room kid friendly? Kids are allowed. However, at 8pm, Springdale becomes a 21+ establishment.