Enjoyable Worcester Breweries and Craft Beer Taprooms to drink at

New England's second biggest city by population is no slouch when it comes to producing good beer. Same goes for Central Massachusetts itself, where it is led by Charlton's nationally-extolled Tree House Brewery, along with over 20 microbreweries and taprooms within a half hour's drive from the DCU Center downtown.

Further, the Heart of the Commonwealth is equally close to Connecticut breweries as it is to some Rhode Island breweries, given it's location in the Bay State.

3cross is a nanobrewery best known for being the Bay State's first community-owned brewery. Awesome atmosphere, good people, and tasty beer can be found in the Cambridge basement taproom. If you think you will be staying awhile, you might want to bring some food as they do not have a kitchen.

Plus, an annual benjamin and a grant ($150) will get you membership to the cooperative. This could be the best beer gift you buy all year.

Heck of a time to launch a taproom these last three months. But, that's what Bay State Brewing is trying to do. Good luck to the folks over at Bay State who have been brewing out of Leicester for years. With 12 beers on tap and a full menu of pub grub, Bay State should see it's fair share of customers once the action, and the hockey, resumes. How can you go wrong with space at an arena?

We also hear that there are some old school arcade games. Can't wait.

Flying Dreams Brewing Co. is a good place to grab yourself a growler or a 22oz bomber. Speaking of bombers, the Brewmaster's Dream Series Raspberry Tripel was fairly tasty. It could be the spot for you if you are looking to sample of a few brews before dinner, especially if you were planning on heading to Peppercorn's next door anyway. Interesting to note is that 455B Park Ave was the original site of the Wormtown Brewery.

As for craft beers, their year-round Pond Jumper IPA and Dreaming of Summer American Saison are great entry points to enjoying the Flying Dreams experience. If you don't want to dive down the rabbit hole of the Double IPA series or the Kettle Sour Series, start there. Or, opt for the Woo-Tang IPA, so named after the city itself. Because as the brewery says, "When in Worcester, drink Worcester!"

The Greater Good brewery is where strong beers are born, like Good Night Moon. Even their "weaker" beers are strong, like GG Vibes or Pulp Daddy. Best to get a pressed panini sando if you're gonna stay for more than one bevvy. Also probably good to call for a ride home, especially if you are going to summit Mt. Greylock, their triple dry hopped Imperial IPA that enjoys a robust 12% ABV.

Despite the high ABVs, the Greater Good taproom can keep you busy for a few hours with a mix of bag toss and arcade games. And, if we recall correctly, which is always hazy @ Greater Good, they have a giant Connect Four game. Maybe?

Not to be outdone by Flying Dreams, Redemption Rock Brewing Co. also drops a Worcester-based beer name with the mid-range IPA, War Castle, which, apparently, is how the original Worcester (UK) derived its name. Who knew?

If you want to keep it Worcester, get a pour of the Triple Decker, a crisp Helles Lager. Or, opt for a pint of Blackstone Stout, a smooth and balanced nitro stout with a fair amount of chocolate and coffee notes.

Plus, the RRBC is open for curbside pick-up during these COVID times, so swing on down to Shrewsbury Street and get yourself a 4 pack of cans, or, crowlers, if that is your thing. 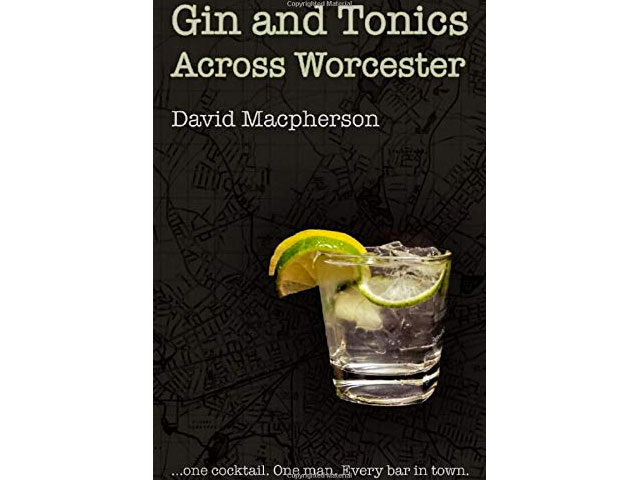 Gin and Tonics Across Worcester

By David MacPherson - An astounding adventure of drinking across New England's second largest city. Sure, it's G&T's instead of IPAs, but don't sweat the details.

Westminster's Wachusett Brewing joins the Worcester craft beer scene with their new Brew Yard. Located at the Worcester Public Market, the Brew Yard has indoor and outdoor seating for all.

Wormtown, because patio drinking is fun for all! Wormtown features a full lineup of craft beers to sip while coming in 4th place on Tuesday Trivia nights with Geeks Who Drink. Their West Coast IPA Be Hoppy is available year round, both in the glass and all over Wormtown's branding. In fairness, it's a good slogan to be remembered by.

Hard to not recognize the microbreweries and taprooms within the Worcester metro. Some of the best beer in Massachusetts gets brewed at these breweries. For instance, the 2-Car Garage is a wonderful Double India Pale Ale from Purgatory Brewing in Whitinsville.

Brew your own beer in Shrewsbury

You know, not to be left out of the mix is Shrewsbury's Deja Brew at 510 Boston Turnpike. Just 3 miles away from Redemption Rock, Deja Brew offers patrons and aspiring brewers over 200 beer recipes to choose from.

For about $300, you can brew a 15 gallon batch which is 160 beers. In essence, a half-barrel keg. Deja Brew, along with Natick's The Kells Beer Company, gives Route 9 and 495 belt residents two places to brew their own beer. Either pick from established recipes or request to go custom with your own custom beer style and custom hops.

What's next for Worcester Craft Breweries

Well, once the COVID-19 Pandemic ends, Worcester college kids can get back to enjoying bevvies down on Shrewsbury Street. Craft Beer lovers can get back to the above breweries. And once the WooSox hit, lookout! Places like Wormtown will face significant pre-game swells.