A guide to New Hampshire breweries, brewpubs, and taprooms

Live free or die. Either way, the beer still costs money. And the boating. And the skiing for that matter. Thanks, Granite State. 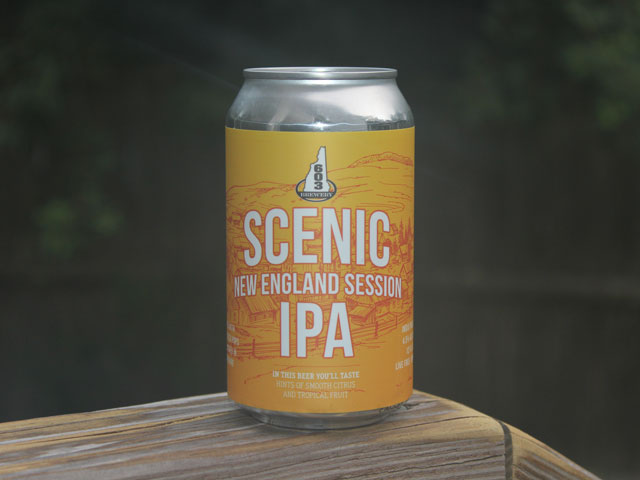 New Hampshire breweries are a booming business. It seems like every other day someone is opening up a new brewpub or nanobrewery in the United States, hoping to live the dream. Here in New England craft beer drinkers drink it up, pardon the pun. So, if you can put down the Hooksett-purchased fireworks for a moment, maybe you can get your hands on a pint of pale ale.

If beer isn't your thing, check out our list of New Hampshire cideries.

Whoa! We didn't know NH broke from the New England mold (NEIPA) and went rogue with their own take on the IPA. Brewers around the Granite State, including New London's Flying Goose (Beermuda Triangle, Kumquat Dinosaur, and Rags To Riches) and Concord's Concord Craft Brewing Company (Conquered NHIPA) have created New Hampshire IPAs.

Need to get our hands on one!

You're getting up there if you find yourself in the Great North Woods. Not a lot of breweries. Then again, not a lot of people. Coös Brewing Company in Colebrook and the Copper Pig Brewery in Lancaster are your primary choices.

Nothing says we really want a beer like a hard day on the slopes. If you're looking for quality brew at Aprés Ski, you can check in to Tuckerman Brewing Company on Hobbs St. in Conway. Or, you want some live music and nightlife, you can stop by the Woodstock Inn Brewery a few miles from Loon Mountain.

"Home of New Hampshire's highest taps", Cafe 4080, at the summit of Cannon Mountain, (generally) has a NH-brewed tap in operation. The view is excellent. 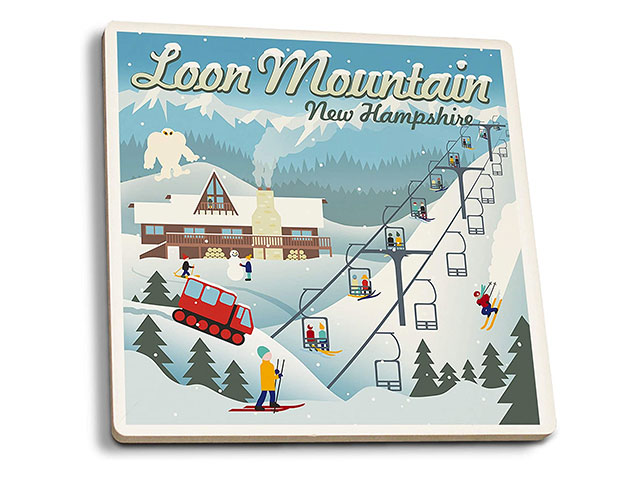 From Upper Speakeasy to the lower speakeasy in your basement, these beer mats will protect your Clearbrook Condo's bar.

The Lakes Region, and all New Hampshire breweries for that matter, are producing fresh, high quality beer with increasing degrees of locally sourced ingredients. Better yet, these New Hampshire breweries are family affairs. From the husband and wife teams found at Burnt Timber and Lone Wolfe, to the solo brewer approach of Squam Brewing (with branding/artwork help from family), you aren’t just buying delicious porters and stouts, you are helping a Lakes Region community grow and flourish. 194 Daniel Webster Hwy is the site of the recently established Twins Barns Brewing Company.

If you get a chance, enjoy a Squam Brewing IPA at Walter's Basin. Hint, the window seat is worth the wait. 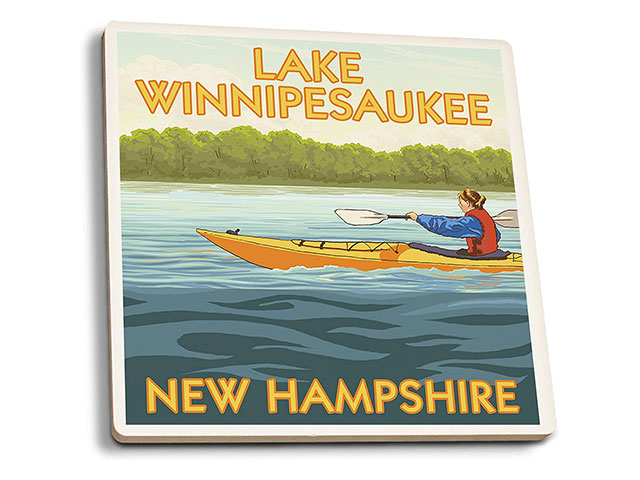 Do you know how much money it takes to ship a new coffee table to Bear Island? Buy these and protect your hand hewn maple table.

Tons of craft breweries in the Merrimack Valley. Nashua and Manchester, and by generous extension, Concord and Lowell, MA, offer beer lovers a bunch of city and suburban brewpubs, taprooms, nanobreweries.

The Seacoast is New Hampshire's cleanup hitter, with the Great Bay boasting over 20+ microbreweries, taprooms, and craft beer brewers. If downtown restaurants are your thing, then stop by The Portsmouth Brewery. If drinking in a garage is instead, hit up Earth Eagle Brewings. Or, you could get out of the bustling metropolis that is Portsmouth and patronize Newmarket's Deciduous Brewing Company.

Just across the bridge in Kittery, ME are Woodland Farms Brewery and Tributary Brewing Company. Don't forget the Seacoast cornerstone, Smuttynose Brewing Company. And, pour one out for the old Red Hook Brewery.

A List of Craft Beer Breweries in New Hampshire

Each listing includes their street address and/or contact information. Some breweries include both. For the ones that we have patronized, we have listed a write-up review with some thoughts on their beer, food, menu, tasting room, etc.

Feel free to reach out to us if the information is inaccurate, or the brewery closed, or, if you really just wanna talk about beer - we are here for you.

All 92 breweries, taprooms, and brewpubs in NH. Now go visit them.

How many breweries are in New Hampshire?

90+ breweries are in operation in New Hampshire.

Where are there so many breweries in Southern New Hampshire?