Play darts, watch the game, drink the beer. All part of the plan at Crooked Letter Brewing in Ocean Springs, Mississippi. With live music and burgers, Crooked Letter is a Friday night must.

Crooked Letter's Paul Blacksmith moved from the old location on Government St. to the new location on Porter Ave back in 2018. The brewery started bottling and distributing in 2013, a year after opening. Food and full bar separates the old digs from the new, offering brewpub patrons more robust choices. This includes apps like egg rolls, beer battered fried pickles, and avocado slices, along with beer brats, and, a wild burger that's part ground beer and part sausage named The Beast. Appropriate.

The Mariposa Pale Ale was brewed with Cilantro, Jalapeño, and Mango. The Crooked Heffy is a German Hefeweizen that pours yellow with a white foamy head, with hints of banana and clove. With tones of nutmeg and allspice, and a layered-in caramel flavor, the Age Old Pumpkin Stout is sturdy, but not overpowering, as the imperial stout checks in at 8% abv. A European pale lager, the Stabello is fairly easy drinking - something to enjoy after a day's work. 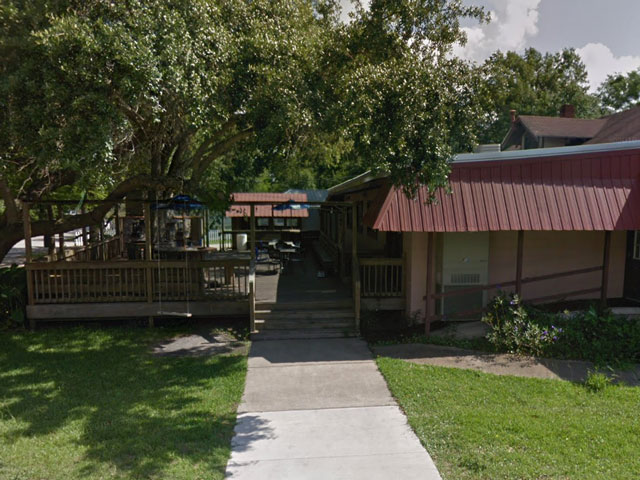 The patio looks like a place where you could enjoy a cold one whilst your dog was tied up just outside. Imagine if they brewed puppers beer? That would be a great porch to drink a puppers on.

A menu full of interesting apps and bites, like the fried pepper rings. Chicken crack.

The usual standard fare of cheap beer gifts. T-shirts and what not.